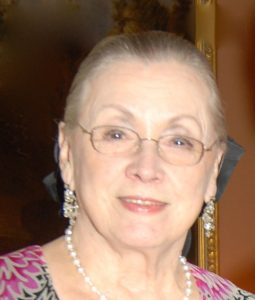 Born in Melbourne, Australia to a family of musicians, daughter of Charles Tuckwell a noted organist, and sister of Barry Tuckwell, the world-famous French Horn player, Lady Harewood was educated at the Conservatorium of Music in Sydney.

At 16 she joined the First Violin section of the Sydney Symphony Orchestra (1942-1948) where she remained until her first marriage to the celebrated photographer, Athol Shmith who featured her in many of his fashion pictures. She also took part in many fashion shows including a nationwide tour for Vogue magazine and for some years ran her own school of fashion modelling in Melbourne.

In 1967 she married the Earl of Harewood since when she has been closely associated – in a backstage capacity – with his work in music, chiefly with English National Opera, and with the care, conservation and development of Harewood House where the family has lived since the mid-18th century.

Lady Harewood has also been involved in the following activities: